Skip to main content
Uppsala University The Baltic University ... About us Our History The 2nd decade
Listen

The first decade was dedicated to the establishment of the university contacts over the whole region and to the common effort to produce new study materials for the students. Researchers and teachers in all BUP countries were invited to produce study materials and videos of the new learning materials. Examples were then gathered from all parts of the Baltic Sea drainage area. The Baltic University Programme (BUP) was outstanding in its regional focus, a perspective that had been missing in previous learning materials.

A decade since its foundation, BUP courses needed to be thoroughly updated. This also resulted in the issue of the book Environmental Science: Understanding, Protecting and Managing the Environment in the Baltic Sea Region (2003), co-authored by 80 scholars. The courses were offered locally by the universities in the network. The course packages were used in different ways, ranging from a series of lectures to compulsory courses at the university. A diploma was issued from the Coordinating Secretariat in Uppsala, when the course had followed the recommended ECTS document. Each year about 9500 students were reported to participate in the courses.

The BUP Coordinating Secretariat in Uppsala coordinated several applied projects together with cities, authorities and organisations. Often these projects also led to the production of new course materials. One such project is the BUUF - Baltic University Urban Forum (1999 – 2002), in which 20 city-university and 15 universities in 9 countries produced in total 35 case studies on urban planning democracy and environmental management.  Another project in this area was SUPERBS – Sustainable Urban Patterns around the Baltic Sea (2000-2002), in this project cities and universities in 7 BSR countries focused on urban planning, and produced study materials for the course Community Development for master level students. BUP also coordinated a project with 34 partners, representing universities in the Great Lakes regions, the Envirovet Baltic Network, as well as ministries, international and intergovernmental organisations and authorities, in the EHSA - Ecosystem Health and Sustainable Agriculture (2006-2009). Three books were produced for master level students on rural development, sustainable agriculture and ecology and animal health.

In 2002, the UN conference on Environment and Development, or the Rio+10, was organised in Johannesburg. The concept of sustainable development now broadened, as the role of the social and the North-South aspects were emphasized. Action plans and follow up was often organised (meta-)regionally. A regional university network like the Baltic University Programme was well positioned to take part in this work.

The Baltic 21 was officially initiated in 1996 by the Prime Ministers of the Countries surrounding the Baltic Sea, as a regional expression of the global Agenda 21. The BUP became a member of this network in late 1990’s, and later also leader of a Lighthouse project (EHSA). The BUP also participated in the project EcoRegion (2007-2011), which developed and tested practical solutions for sustainability in the region and aimed at turning the BSR into the world’s first EcoRegion, where economic growth goes hand in hand with environmental integrity and social justice. Later, the BUP became a strategic partner for higher education to the Council of Baltic Sea States. The BUP also participated in the shaping of the first EU Strategy for the Baltic Sea Region (approved in 2009), and became lead Partner and a flagship together with Lithuania.

The role of education was underlined in many different policy discussions, from the UN Millennium Development Goals (2002-2015) with focus on general level of education, to the UN Decade for Education for Sustainable Development (2005-2014). During the Decade countries worked with the strategies and action plans, and in the second part of the Decade, with implementation and capacity development.

The understanding of the wide and complex concept of sustainable development (SD) was in focus in many of the BUP meetings, conferences and discussions. The role of education, contents and methods were often on the agenda. It was noted that SD is an evolving concept which changes over time with a different understanding and emphasis in different parts of the globe. Differences were also visible among the universities and countries in the BSR, where differences in focus typically could range from environmental security to demography and economy.

Still, there was an observable gap between the universities’ activities and where they should be in order to contribute to achieving a more sustainable society that they were so well positioned to do. The problems identified were several, such as an already crowded curriculum, too demanding topic, irrelevance of the topic, limited staff competences and limited institutional commitment. The big question was how universities could change their organisation, research and education in a way which was organisationally feasible, academically acceptable and educationally sound?

Consolidation of the network

The Baltic University Programme further expanded, and in this period the number of participating universities exceeded 200. The BUP became connected through nodes, 14 BUP centres, in each participating country. They started to play an important role for the network, participating in discussions on the annual programme, and information sharing. The centres in Poland, Germany and Finland developed specialised profiles, as organisers of conference and summer course and teachers’ competence development.

Regarding SD and ESD, there was a demand from academics to share experiences regarding ideas, resources, networks, and opportunities. As a consequence, internationalisation became an important asset for university leaders to further support and consolidate the network.

The first BUP Rectors’ Conference was organized in Uppsala in 2006, at the same time filling a gap left after the meetings of Conference of Baltic University Rectors. In connection with the BUP Rectors’ conference, a formal foundation for the cooperation was established on the basis of bilateral inter-university contracts between Uppsala University, as the coordinator and initiator of the BUP, and the member university. It was also decided to organise the BUP Rectors’ conferences every three years.

At the Rectors’ conference in 2009 a Declaration of Cooperation within the BUP Network on Academic and Research Collaboration was signed, giving the Member Universities a common platform for continuing cooperation. At the 2011 conference the rectors decided to introduce a voluntary contribution to support the activities of the BUP. Until then the activities had been financed mainly by Uppsala University and Swedish project funds, added with EU project funding. Regarding project funding the situation changed dramatically as several BUP member countries became EU members. Notable were also different other ways of contributions, such as offering a place for meetings, lodging for participants of courses and conferences.

The first BUP General Assembly was held at the 2014 Rectors’ Conference.  The main aim of the general assembly is to further elaborate the long-term goals and strategies for the network cooperation.

In addition to the courses given at their home universities BUP organised each year two international conferences. About 200 students participated in these international activities each year. The topics were sustainability-related and followed the political currents. Students learned how to cooperate in international teams, but also to shape their own international contacts and networks. The spring conference included the Students’ Parliament, where students gave their opinions and recommendations on BUP’s activities, and they also elected one member to represent the students at the BUP international board.

From the late 1990’s onwards the BUP organised the SAIL summer course (Sustainability Applied in International Learning). On a tall sailing ship, more than 30 students from the whole region take an academic course on SD (morning and afternoon sessions and project work, reports), while at the same time they work in international teams as crew on the ship with navigation, sails and galley, day and night.

Teachers and researchers were traditionally closely involved in the planning processes and at the launching of new course packages. From the year 2000 mentors for each course theme offered their support for teachers.

Sustainability and how it should be introduced at university level education became apparent. As part of the UN Decade for ESD, quality guidelines were produced by UNESCO. They included the use of interdisciplinary and holistic approaches, the use of several teaching and learning methods and the integration of local, regional and global aspects in education, and participatory decision-making where students participate in decisions regarding their learning.

Every year teachers were offered 1-2 conferences on SD and ESD-related topics, many of which were organised by the Finnish BUP Centre. From 2013 teachers were invited to a summer course, similar to the students SAIL. Guides for teachers were published on the learner centred approach and methods for teaching and learning complex issues, such as the problem-centred approach. It was obvious that traditional teaching methods could not be fully used as the content had to be reflected also through the learning methods in a course.  At some universities restructuring of education started at faculty level.

At the BUP Rectors conference in 2012, Vice Chancellor of Uppsala University, Eva Åkesson, in her speech introduced the paradox of the mobile researcher and the immobile teacher, describing the two different roles of the academic teachers. Here, she added, the BUP has an outstanding role to play, through the support to meet the challenges of new technologies as well as the complex concept of sustainable development.

challenges and drivers for sustainablity

After the first decade BUP further established the position as producer of modern courses and learning environments. Furthermore, the network offered new opportunities for contacts, competence development and internationalization for students and teachers. These activities were also mirrored in BUP’s role in international cooperation and capacity development in higher education and as a strategic partner in policy development.

Text on the third decade of the BUP

Dr. Paula Lindroos was involved in BUP activities from the start in 1991 until her retirement in 2019. She worked at the BUP Secretariat at Uppsala University as vice-director (1999-2002), and as director (2011-14). She was member of the BUP International Board from 2004 to 2011.  In 2016 the national BUP-centre became BUP Associate Secretariat at Åbo Akademi University. Dr. Paula Lindroos field of expertise is within "Education for Sustainable Development". 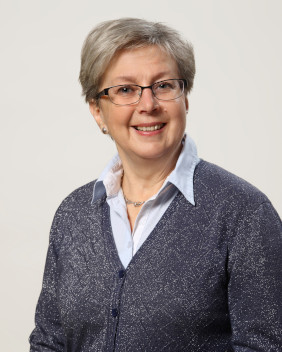