Modeling sustainable agglomeration based on the self-organization of industry clusters

Discussions about the importance of industrial clusters and their impact on spatially localized economic systems have gained a significant place in academic circles over the past quarter century. Since Alfred Marshall in 1890 [1] pointed out that industrial districts have a significant impact on the dynamics of economic development of regions, and their intraindustrial agglomeration (localized industries) is of particular importance for research , the world was divided into before and after.In 1920, Arthur Pigou developed the ideas of Alfred Marshall in the form of the concept of externalities (externalities) [2].

According to A. Marshall [1], externalities are crucial in the formation of economic agglomerations. The science of industry clusters began with Marshall's observation of the existence of "localized industries" which "can often be sustainable due to the concentration of many similar small businesses in a certain location" [1].

So the main reasons for agglomeration today can be considered (this is not an exhaustive list):

The main questions in this work were:

For a better understanding of the spatial form and nature of local business concentration, it is necessary to classify cluster structures. In the classification shown in Fig. 1, Markusen [3] highlighted the different roles that different groups of cluster members play, as well as how different players interact with each other. The relationships depicted in this diagram represent regular intercompany business transactions, such as transactions between a supplier and a customer. There are other classifications proposed by modern researchers, for example Lorenzoni [4], but other models are not as complete and clear as Marcusen's model when it comes to fixing the structures of real clusters.

Examining the economic causes and consequences of clustering firms and households in regions, cities and commercial areas, many economists such as Yorgos Papageorgiou, Masahisa Fujita, Paul R Krugman, Anthony Venables [5-6] have come to the conclusion that it would be useless look for a universal model that would explain the different types of economic agglomerations at different “geographic scales” and “degrees of sectoral detail” that would describe the spatial form and nature of local business concentration.

At the same time, trying to uncover the main economic reasons for the existence of peaks and troughs in the spatial distribution of population and wealth, many economists have created comprehensive models for various scales of clusters in alternative market structures.

Understanding the fundamental reasons, features of the emergence and development of clusters allows the authors of the article to explore regional territories and evaluate them from the standpoint of the formation of industrial clusters (Figures 3 and 4).

The current research is carried out on the example of the Kaliningrad region. The authors chose this region for a reason, since the region is an exclave territory of the Russian Federation and its special geopolitical position leaves a significant imprint on the possibilities for its economic, scientific, technical and technological development (Figure 5 and 6). 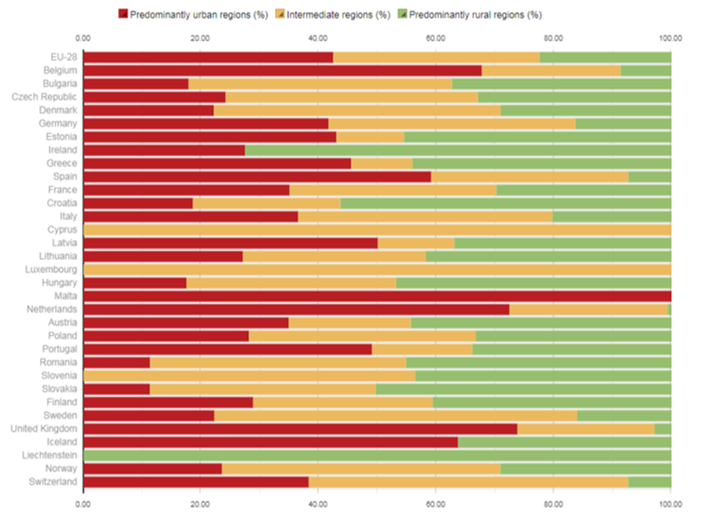 This study represents a very long-awaited synthesis of contributions to the new economic geography, from the point of view of the development of a sustainable agglomeration based on the self-organization of industry clusters, the modeling experience of which has been accumulated in the last decade. This document is an addition to the literature on understanding the importance of the process of self-organization of industry clusters from the point of view of its fundamental causes, peculiarities of emergence, formation and development for the sustainability of the agglomeration. Analyzing the best practices, this work identified and prioritized the main directions of the sectoral development of the Kaliningrad region, and also proposed a conceptual model of its growth driver. The data obtained in the work give an idea of the improvement in the possibilities of researching the economic causes and consequences of clustering of firms and households in regions, cities and commercial areas from the point of view of the process of self-organization of economic clusters in industries. The presented study allows you to better study the nature of centrifugal and centripetal forces located inside the black box called "external effects", and the study of the region under study, from the point of view of a "living laboratory", allows you to form a solid foundation for further understanding the spatial structure of the economy.